The Texas Army National Guard’s 36th Combat Aviation Brigade has been testing Army helicopters’ capabilities in a littoral combat environment, taking off from Navy ships, firing on targets and practicing deck landings, to see what Army aviation might be able to contribute to the future of maritime surface warfare.

Other services’ aircraft can defend a ship, but the Apache can do some things other attack helicopters can’t, a spokesman said.

“The Apache gives the naval commander a direct-fire weapons system that’s highly maneuverable and very lethal, that can respond in a very powerful way that perhaps his onboard systems and organic systems may not allow him,” he said.

These Apache systems include a 30mm cannon that fires high-explosive projectiles, area-fire rocket systems that are capable of employing flechette rockets (pointed steel projectiles) for anti-personnel, and most importantly, the Apache’s most effective weapons system — the AGM-114 Hellfire missile.

The joint exercises found that its precision and high kill ratio are perfectly suited to fire on small boats in shallow water.

The USS Ponce is the first interim afloat forward staging base, with a combined crew of US Navy Sailors and Military Sealift Command (MSC) civilian mariners. The Ponce is able to stage people and equipment to support anti-submarine warfare, anti-surface warfare, anti-air warfare, mine countermeasure operations, patrol craft, and command and control. The Ponce operates its flight deck, well deck, upper and lower vehicle storage, and operational working shops like the hydraulics shop, well shop, valve maintenance shop, and filter cleaning shop to assist naval ships, submarines, patrol crafts and mine countermeasures ships in its assigned area of responsibility.

USS Ponce is the 12th and last ship in the Austin class of Amphibious Transport Docks (also known as a Landing Platform Dock or LPD. 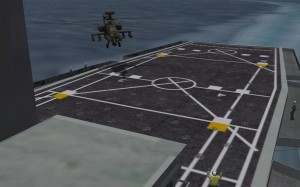 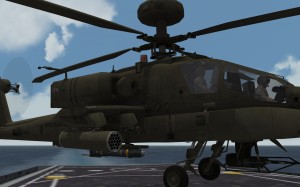