IRIAF: Can It Fight?

The IRIAF came into being in the early 1980’s when the former Imperial Iranian Air Force was renamed. Before that, it was a force being strengthened by the Shah with the good wishes of the United States to counter Soviet aspirations in the area.

The IRIAF has attempted with some success to maintain in service the large number of American-built aircraft which Iran acquired during the Shah’s regime. The IRIAF has turned to purchases of Soviet and Chinese aircraft, as well as pressing ex-Iraqi aircraft into service, and locally-built aircraft, in order to maintain a capable force in a neighborhood equipped with top of the line aircraft. Maintaining credibility is difficult with the strict sanctions imposed upon Iran due to their nuclear weapons aspirations. Aerial warfare is no longer a count of airplanes or training hours. It is an expensive force backed by tactical intelligence and logistics.

Although the IRIAF comported itself well in the Iran-Iraq War, it has become a defensive force of uncertain size. In spite of press releases and pictures of upgrades, maintenance issues prevent steady training while supply of weapons is unreliable. The IRIAF cannot expect multiple sorties from its fighters that are known to require considerable maintenance after each flight. 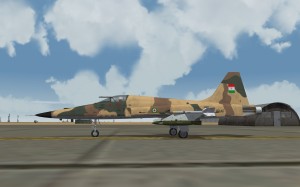 The F-5EM is a simple and reliable strike aircraft and point defense fighter that can be refueled in the air. It is easy to maintain and parts available on the black market to maintain a small fleet. Of the 140 originally sold to Iran, possibly 60 have been upgraded. They should be considered significant. 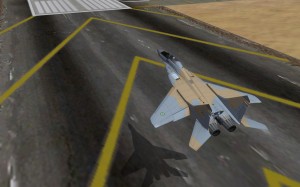 In all, Iran received 18 single-seat MiG-29’s from the USSR.  Several MiG-29’s were moved from Iraq to Iran to prevent the Americans from destroying them. While not easy to maintain, if flyable, they are to be considered top quality fighters on a par with US F-15’s.

The Hercules is an all-around workhorse in the IRIAF. There may be 45 in operating condition. Considered the best assault aircraft ever made, it is a factor in movement and logistics on the ground. 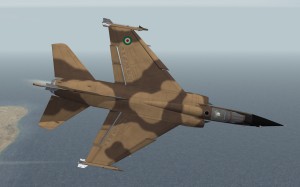 Iraqi pilots flew as many as 10 F1’s to Iran who has kept some of them flying. Two were recently rebuilt at an investment of 48000 man hours of labor. They are a very capable aircraft in a visual combat. In close, they are dangerous. 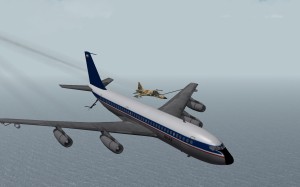 The IRIAF has 1 KC-135 for refueling fighters. They also have a 747 and use their SU-24 fleet for tankers. Air warfare requires this element. 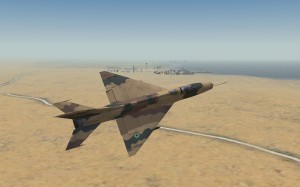 The Chendgu F-7M Airguard is a Chinese MiG-21. Short range. Easy to maintain. Can operate off unimproved runways. Easy to fly. While only a second generation fighter, it’s reliability is a factor that means it will likely be flying when other aircraft are not. Iran has 17. 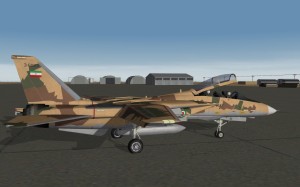 In the Iran-Iraq War, the Tomcat was pressed into the role of air defense. While the Phoenix missile probably did not contribute to its record, the aircraft handled itself well scoring many kills. Iran was the only other customer for the F-14, receiving 70. Iran has reported to have upgraded 44 to newer standards. If they are working and their aircrews practicing, they can fight. 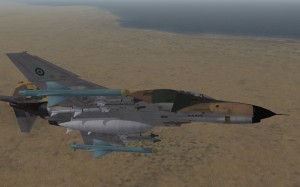 Originally, Iran received 225 Phantoms and claim 44 to be upgraded. The F-4 could claim 85 man hours on the ground for each hour in the air. If they are maintained, their crews must still train if they wish to maneuver with modern fighters. They are a capable ground attack machine when mass counts.

In any engagement, one must assume that the Iranians will fly and fight and hold their own against small, well-equipped neighboring air forces for a short while longer. But the odds are stacked against them being able to disrupt an aggressive attack or maintain their own airspace for long. Reduced training, unreliable parts supply and a crazy-quilt of types are all very detrimental to modern air warfare. They are relying more upon missiles to project power in the region.