The only fleet of F-14 Tomcats still flying are operated by the Islamic Revolutionary Iranian Air Force (IRIAF). It is estimated that as many as 44 have been upgraded domestically and remain the mainstay of Iranian air defenses. The very capable fighter has had new radar installed and new missiles since the Phoenix missiles were said to have been sabotaged by departing American technicians decades ago. The F-14 was used extensively against Iraq in the Iran-Iraq War.

Pictures of this new “splinter” camouflage were revealed at an airshow in Isfahan as reported by the Aviationist. http://theaviationist.com/2014/02/21/new-photo-splinter-iriaf-tomcat/ 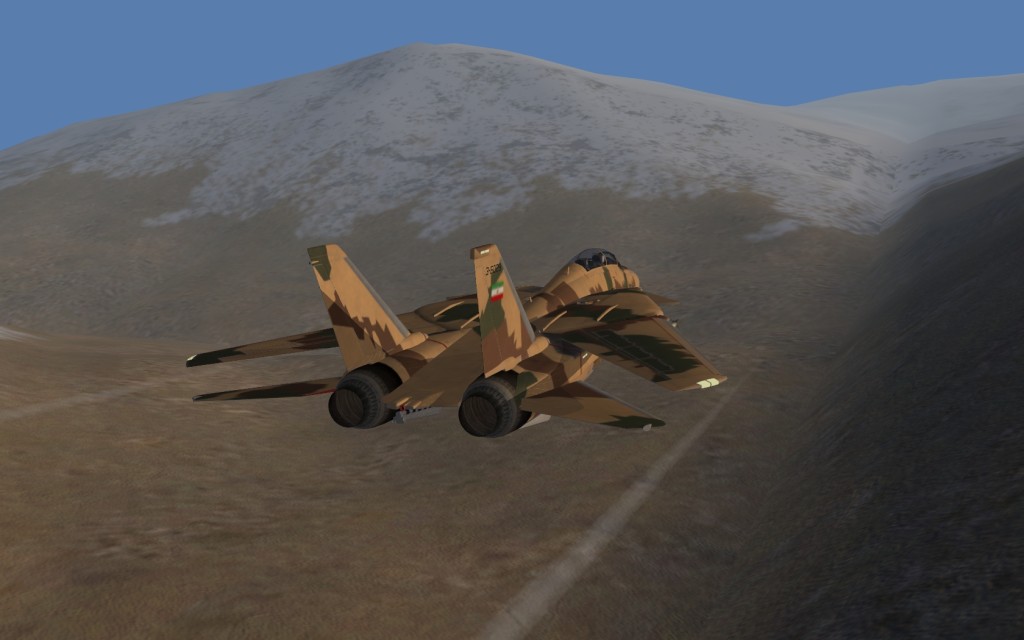 « Drones In Action Over Iraq » Army Helicopters On Navy Ships