In September 2013, Iran unveiled two new domestically produced air-launched anti-ship missiles adding a new dimension to their already substantial investment in missiles. In spite of economic sanctions imposed due to their nuclear weapons program, engineers in their defense industry have been able to create and manufacture weapons to attack naval targets.

The Qader long-range (200 km seen in picture above) and Nasr short-range (35 km seen below) missiles were displayed to mark the anniversary of the outbreak of the 1980 to 1988 Iran-Iraq war, Press TV reported.

Both missiles were shown mounted on the underwing pylons of an Islamic Republic of Iran Air Force (IRIAF) McDonnell Douglas F-4 Phantom II combat aircraft. The IRIAF originally had 225 F-4’s of all types. It is estimated that they have 60 upgraded versions operational.

According to Defence Minister Brigadier General Hossein Dehqan, these normally surface-launched missiles have been given an air-launched capability so as to increase their operational range and effectiveness. Press TV showed footage of the missiles being test fired from an F-4. 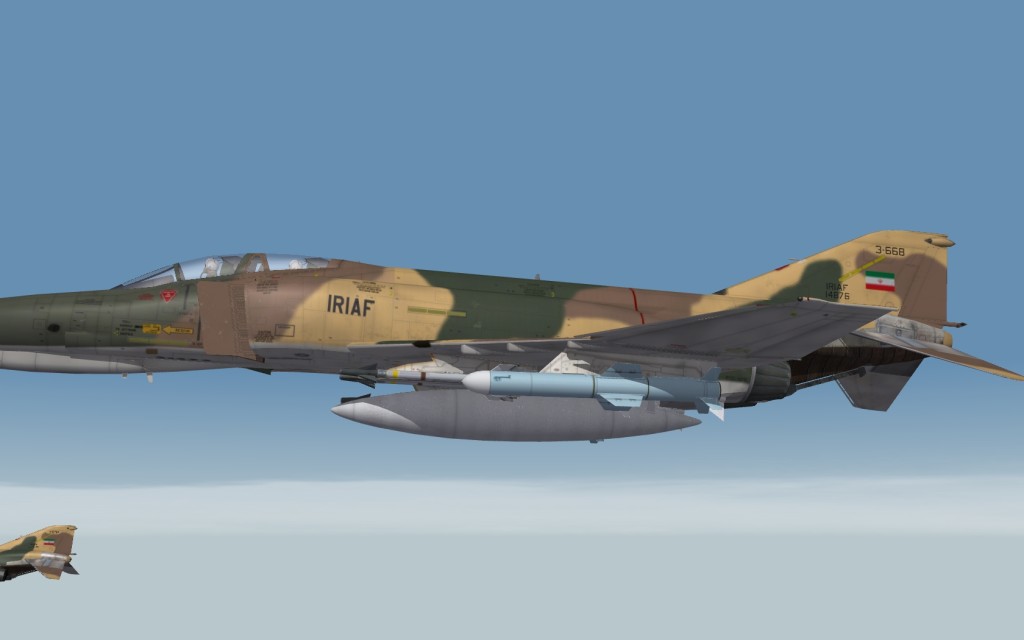