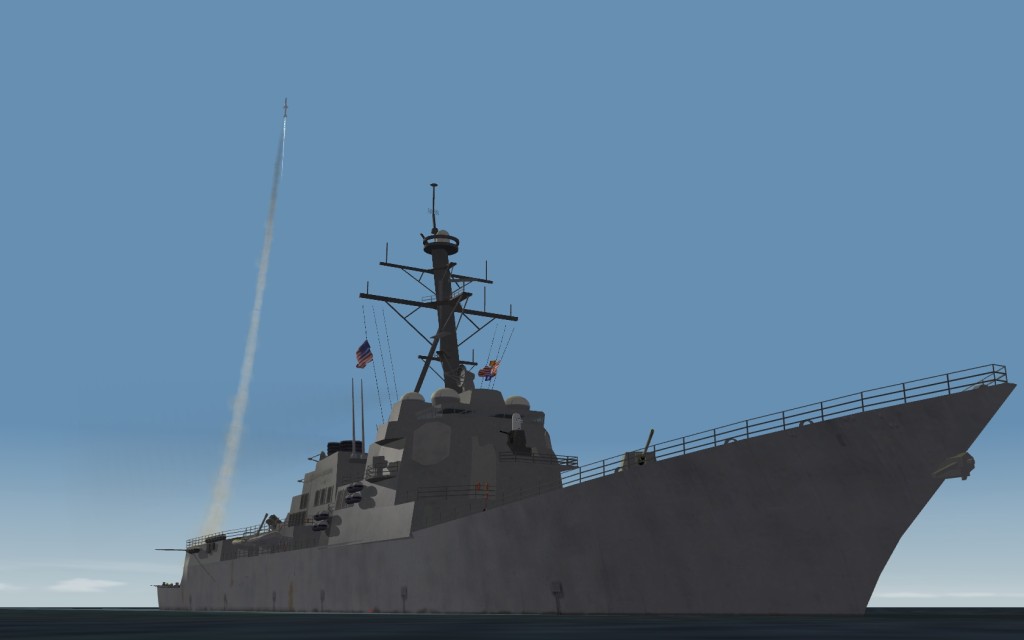 The USS Truxtun (DDG-103) is one of two Arleigh Burke class Guided Missile Destroyers accompanying the George H. W. Bush (CVN-77), a Nimitz Class aircraft carrier, in the Persian Gulf. In the van are the USS Roosevelt (DDG-80) of Mayport, FL and the Philippine Sea (CG-58), a guided missile cruiser also of Mayport, FL. The Truxtun’s home port is Norfolk, Virginia

The Arleigh Burke class is among the largest destroyers built in the US. Only the Spruance and Kidd classes were longer (563 ft). The Burke class are multi-mission ships with a “combination of… an advanced anti-submarine warfare system, land attack cruise missiles, ship-to-ship missiles, and advanced anti-aircraft missiles,”The larger Ticonderoga-class ships were constructed on Spruance-class hullforms, but are designated as cruisers due to their radically different mission and weapons systems.