Two American pilots died when their crop-duster crashed on Monday on an antidrug training mission in a jungle in southeastern Guaviaro Province, the police said today. American Embassy officials said the pilots of the Turbo Thrush T-65 were Wayne Harley Mulgrew of Napa, Calif., and Gary Clyde Chestnut of Leesburg, Ala. Both were 46 and worked for Dyncorp of Fort Worth, a company with a State Department contract to help Colombia eradicate drug plantations.

Depart Larandia Airport and follow the waypoints into the mountains. If fired upon, break off and  go home. 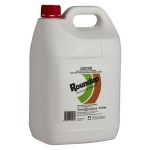