Acquire and select target. Select Hellfires, center ship in targeting box and fire before you are too close.

You have deployed to the helideck of a guided missile cruiser in the Strait. The idea is to deploy air assets over a large area so response times are small. A cargo ship has spotted mini-subs near its course that are possibly laying mines. You launch to investigate and destroy the sub. Depart from the flight deck of CG-52, the USS Bunker Hill. Proceed on programmed course until you acquire the target submarine. Destroy it and any other enemy ships then fly to back to the cruiser to land. Use your surface radar to find ships. 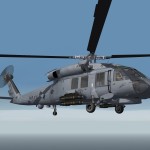 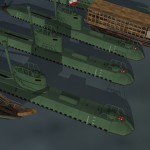 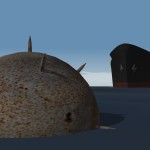 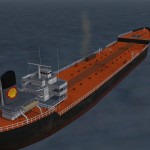 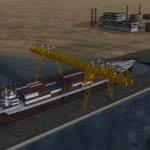