Bridge spanning the west fork of the Naband River.

Acquire and select target. Point gunsight at target and when within 4-5 miles, drop the bomb at the target.

It has been decided to proceed with a temporary seizure of a beachhead to eliminate forces capable of attacking shipping. The battlefield must be isolated. In that part of Iran, roads run east and west and rivers run north and south. There are many bridges that, if dropped, will prevent reinforcement once the attack begins. Depart the LHD as Lead of Python Flight of two. Proceed on programmed course towards your target. Nearing the coast, discontinue autopilot and set up for bombing. Get you wingman to drop on the target also. Be very accurate and you will drop a span. Use ECM materials to defend yourself. Return to the ship and land. Leave room for your wingman.

Land as you would a YAP helicopter. Be aware of boat speed. If you approach a hover, the ship will sail out from beneath you. 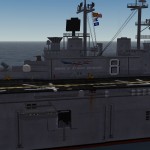 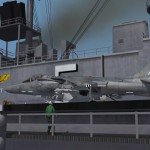 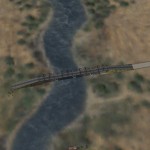 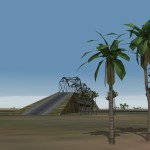 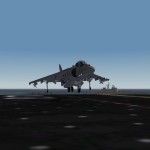