US and Bahrain ships at Bahrain Naval Base

Climb to enough altitude to roll over into a dive bomb attack on your target. Drop all four and descend back to the deck.

Iran is aware that the US Fleet is based in Bahrain. If they can catch a capital ship there, it would be a major coup. Lead your flight from Bushehr International across the Gulf via programmed route to Bahrain. Send your flight in on the Primary target which is an Oiler in port. Accelerated on the deck then pull up at the airport and roll over into a dive bomb pass on the FFG’s in port. Pickle all four bombs and pull out immediately. Then proceed to intercept Zebra tanker over the Gulf for some much needed fuel. Return to base and land. 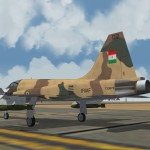 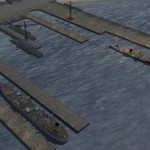 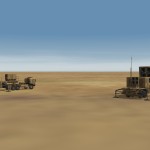 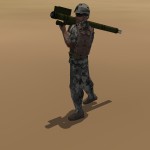 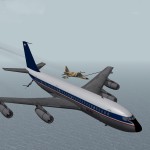 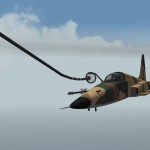