Someone has ejected and has landed near a clump of palms near Lavar. Combat Search and Rescue needs a flight of A-10’s to run the rescue.Taxi from parking to depart on Runway 27. Lead will roll in one minute so don’t waste a lot of time leaving the chocks. Depart as number 2 in Ramrod flight from Minhab Airport. Join on Ramrod Lead and proceed along programmed course. This is a Search and Rescue. Stick your neck out. Pick targets that threaten the downed pilot and destroy them all. When the helicopter is inbound, return to base and park where you started. 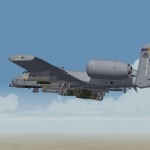 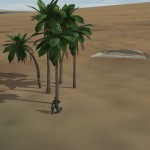 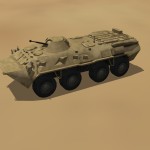