Gunners will fire automatically at targets.

The most dangerous job in the world and you are a volunteer. You have to go deep into enemy territory to rescue a downed pilot then get out alive. Your mission begins in flight en route to the area where the pilot is down. Go directly to his location. To “rescue” him when the game engine does not allow it, you mush select and use the recovery winch. (To the game, it is a gun.) Slow with the imaginary airbrakes and slowly bring in upward vector. Lower the cable and fly directly overhead of the pilot and operate the winch. He will not mark his position with smoke but he is located in a small grove of palms. Once you have picked him up, only his chute and binoculars will remain. Raise the cable and depart immediately.

You may refuel and proceed to the Special Ops base or land on the Ponce. People really do this stuff.

Aircraft Animations: Refer to the Preflight Page prior to pushing the FLY button 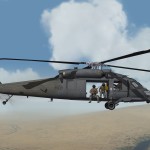 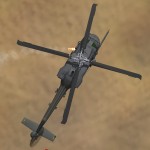 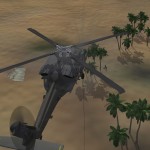 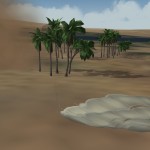 chute left behind after rescue 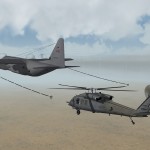 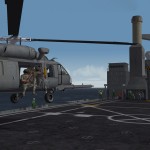 Landing on the Ponce 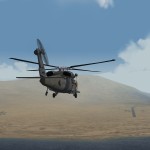 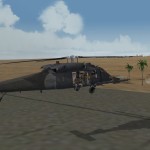 Landing at Spec Ops base